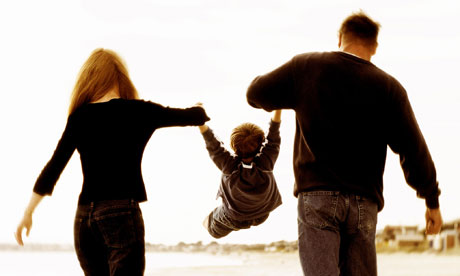 Lately, I’ve been going through another phase of letting go of “school”, focusing on other passions, like making music. I haven’t felt the need to write posts. Traffic on the blog has trickled off, which is — in some ways– disappointing, and nice in other ways; it means that others are moving on, too.

Despite this reprieve, a favorite “school” phrase is haunting me: “those are only life things.” As un-schooled spouses, adult children and friends contact me, the insidious damage “school” wrought by dismissing them as “only life things” comes into focus. Thankfully this haunting comes hand-in-hand with its antidote: a “student’s” salvation lies in the people and the things that s/he loves. Once they take precedence and “school” has to accommodate “only life”, instead of the other way around, it’s no longer possible to remain a “student”, til death do you part. Wherein love lies is the healing.

When I bumbled into “school”, my first two years appeared to be about my evolution, which included following my impulses and manifesting my dreams. “School” told me anything was possible and that in me awaited a butterfly: if I followed “school” instruction the butterfly might unfold from its chrysalis and fly. I was excited and wanted to believe they knew something that I didn’t. I wanted to fly.

I noticed, though, that once I’d established myself as a loyal attendee, my “evolution” relied more and more heavily on “school” things and “life things” were more and more often dismissed as “only life”. Students would ask for “help” with a spouse, a child, a job, etc. Teachers would more and more frequently respond with “those are  only life things” insignificant on the scale of universal importance and higher meaning: alleged “school” ideas, “school” parties and chasing and pinning down potential new students — i.e. increased income — insidiously began to supersede my marriage, my finances, my work, my home, my family, my passions, my dreams, my emotional and physical health. Needless to say, all of my “only life things” began to suffer. But, of course, that was because I “wasn’t trying hard enough”, not because “school” was (is) a destructive mind-control cult.

I found myself following protocol in lockstep with my classmates. In correspondence, an emptiness began to fill me; for the phrase “That’s Only Life” began to wear down my already tenuous sense of self-worth. All that I held sacred and true, insignificant in the grand scheme. I kept waiting for the day that I “got it” and my internal butterfly would break free from “only life” confines, flying off to sip nectar from flowers and converse with the Gods. Maybe one day I would “try hard enough” and be rewarded! But the longer I was *in* the farther away and more elusive that magical day appeared. I felt unable to juggle “school demands and my “only life things”.

When exposed to this “only life things” attitude for long enough, “school” attendees begin to freeze up; when “only life things” inevitably challenge their “school” demands, “students” ask for “help” from “teachers” and, therefore, begin to address the inevitable “school”-sponsored conflicts with the same dismissive, odd and cold attitude that their “teachers” display — for the longer you attend “school”, the less meaning your little insignificant “life things” have. ”

In one of my early Christmas Party planning experiences a classmate told us that her father was in the hospital. Despite this, she was trying to attend every party-planning, meal-organizing, decoration-making, performance-rehearsing, meeting that she could. I was surprised that no one expressed concern about her father; “school” offered no empathy. No one said the simple phrase, “I’m sorry to hear about your dad!” or “I hope he’s o.k.” I even heard her tell a teacher not to give up on her when he criticized her intermittent attendance. At the time, it struck me as odd and confusing. How could this evolved institution be so cold to her father’s illness? It should have been a screaming siren, but I was indoctrinated enough to believe there must have been something about the situation I didn’t understand. Now that I see my questions were right on target and since I kept silent the memory is especially heart breaking.

I’m happy to report that this student eventually disappeared from the ranks, as so many do. A couple of things saved me from trading in my “only life things”, until those life things were no more, for efforts to chase an unattainable, undefinable state. These things were both seeded in love both for a person and a passion:

1) I was lucky to have inner revolutionaries who refused to fall into line completely. They didn’t want to run around recruiting new soldiers for the evolutionary battle, allegedly saving ideas for future “school” generations. They missed the time I used to spend on music; they wanted to stay home and play the fiddle, or the guitar, or work on new songs. They didn’t want to waste precious early morning hours on the phone with some older recruitment coach. Besides that, those “school” demands felt antithetical to them, sleazy, unethical, manipulative, coercive. Those rebels openly resented the demands; felt “growing school” was not my problem and shouldn’t take my time and energy.   For a time, I wrote them off as lazy parts of my psyche (or lazy “Is”, as “school” likes to call them). I tried to ignore them. But the more empty, lost, inadequate, desperate and hopeless I felt, the more they poked at me.

2) Somehow my husband was seeing, hearing and feeling that which I tried not to show or tell him. His genuine love and concern for my well-being led him to take steps just when I felt myself hitting an existential wall; in fact, I remember thinking, I don’t know how much longer I can do this. As if on cue, one night he researched the mysterious Tues/Thurs group online and confronted me with his findings. He told me later that he doesn’t know why he researched and confronted me when he did; something in him said, do it now. I think love led him to it; love senses and knows things which our other sense might not.

I now keep contact with several other rank dissenters; we are “breaking school rules” by breaking the imposed isolation (crucial in the healing process) and, from what I can see, many of us left “school” for something, or someone, we love. In one case, “school” was pressuring a woman to leave her un-“schooled” husband when what she wanted was to have a second child. Instead she left “school” and now they have two children and an intact marriage. Another attendee left when he saw through the smoke and mirrors into the damage that “clever insincerity” and “school”-imposed secrecy wrought on his wife and two children.

Another father took a break from “school” intending to return — in part because he believed he needed “school’s” “help” to be the loving husband and father he wanted to be. Suddenly he had unobstructed family time for his son and pregnant wife and he loved it. After his daughter was born, a “teacher” called him to check in. He told this “teacher” about the new baby, how he loved being a father and that basically, “life things” were great. The “teacher” grew exasperated and impatient never congratulating the father or expressing any happiness for him. At that moment it was clear that “school” had no interest in his family, his happiness or his ability to take care of his wife and children.  Another ex-classmate simply grew tired of the ever-exponentially-growing “school” requirements that ate into the time and energy he wanted to put towards other passions. In fact, one “school” night, he decided he’d rather go to a concert so he did (GASP! an unthinkable trespass for us “school” doobies!) While out, he consulted his smartphone and Googled “secret school, Billerica”, which pulled up all the evidence he needed to say goodbye.

In my case, “school” instructed me via our fearless leader, Robert, to “tell your husband to mind his own business”. I couldn’t cross that line. Suddenly I woke up to the complete and blatant disregard “school” had for the man that I love. I knew that in telling him to “mind his own business”, I would have been trading my marriage in for “school”. I found that my little marriage would always take precedence over “school’s” illustrious and mysterious aim (more students, more money) and if that made me some kind of failure, or sinner, so be it. I’d rather “fail” in love, the “succeed” in feeding greed.

Recently, I began reading Steve Hassan’s book, Freedom of Mind, which outlines his process to help people leave destructive, mind-control cults. He has developed techniques centered on love, respect and open communication. In fact, community, friends, family, other ex-cult members, sometimes even other members presently in the cult, play a critical role in what he calls the Strategic Interactive Approach (SIA). He assembles a team of people who love the cult-attendee  and they work together to empower the individual and reconnect him/her to those people and things that s/he loves. They are often able to help that person return to his/her true self and his/her “only life things”, leaving behind the cult.

If you are reading this because you are *in* school and struggling, or if you love someone who is caught in the web, know that at some point the “only life things”, the people and things loved by the “student”, will come into direct conflict with “school”. “School” will demand that the student choose between them in some way.

If you are *in* remember these “only life things” are Your Life.

Your Only Life will either be shaped and motored by love for the people therein, or passions to pursue, or “school” dictated, shaped, and motored by the fear that you didn’t make your observation aims, or didn’t really go out to recruit new students when you said you would, or didn’t read the assigned homework, or didn’t say the morning prayer, or fell asleep while “self-sensing”, blah, blah, blah; there are so many  ways you could “fail” “school”.

And when you are pointed towards your true north, the right choice will be clear.