I often listen to a WGBH radio show simply called Boston Public Radio, with hosts Jim Braude and Margery Eagen. I’m driving quite a bit these days, traveling from client to client. The show keeps me informed and entertained.

A recent interview caught my attention and you might enjoy it. Harvard economist Michael Norton analyzed artful dodging strategies employed by politicians — the expert steering of direct questions away from the point and into something more suited to a particular agenda, or talking point, or campaign pledge.

Of course, I couldn’t help but be reminded of a certain secret esoteric “School”, now known as “The Study”. If get a chance take a listen and see what you think. I’d love to hear your take!

I grew up in a secular Jewish family. In fact, my mom was on a constant soul search which including carting her four kids to Buddhist temples, Quaker meetings, even Hari Krishna dinners (thank God that didn’t take). On Yom Kippur mom would take us hiking.

I guess I went on a soul search of my own, which traversed me in to and out of a cult and left me suspicious of religion. The misuse and abuse of religious/philosophical practices surround us constantly – from cults like “school”, i.e. “thestudy”, to right-wing religious nut cases trying to dictate and control personal choices, to the worst case scenario — ISIS justifying beheading, enslaving and spreading violence – I have decided to slug out this spiritual journey on my own.

Religion’s purpose, I would guess, is probably to create community, connection to others, based on a shared faith — a belief in something beyond our human existence, a greater intelligence, bigger love; or, Agape — a love of God and humankind. The structures and traditions established therein could shape our time on planet earth in a lovely way; if we humans were able to use it for reflection and connection, shared experience, rather than abuse it as a tool for social engineering and control, I’d be on board.

That said, I do believe in God and I continue a tradition passed on from mom – nature as my temple. At sunset last night, I went for a run to be with the dusk, say hello to my father, and reflect on this somber time of atonement and forgiveness.

Forgiveness I find to be an elusive concept – certainly, I don’t feel forgiveness for those who intentionally deceive others for selfish gain. I’d like my $20,000 back. However, in leaving the fold, I have probably gotten my money’s worth, plus.

I now know how to turn inward when seeking answers and am no longer vulnerable to spiritual con-artists.  Through this painful, embarrassing and often ridiculous lesson, I’ve developed an accurate antennae for bullshit. I’ve realized how to trust my perceptions and follow my inner moral compass. I’ve come to understand that perfect imperfection is the nature of our existence and thus, every human should have the chance to develop his/her potential to the best of his/her ability; external “sources” can’t ultimately dictate what choices are best for me, or anyone else.

So, this is what I believe:

I believe there’s an entity, call it God if you will, an intelligence far beyond what we can know and conceive.

I believe that this intelligence, God, wants each and every soul to grow into his/her best self.

I believe that God wants you to care for the gifts bestowed upon you: body — feed, move, rest; emotions — allow, accept, honor, express, care for, act on if needed; intellect — feed, practice, honor fascination, explore, express.

I believe that my life experiences to date have brought me to these conclusions — humanist in nature. I can thank my “school” experience for helping me walk into this philosophy when I walked away from the hallowed halls, never to return.

After all, some bridges should be burned.

So, for those of you who are observing this day, I wish you peace. 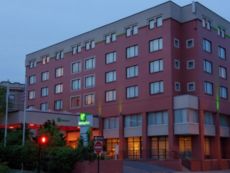 Somewhere, on some post, in this blog, there’s a conversation regarding what is affectionately known as The Christmas Class from Hell (perhaps it’s in the comment section of, The Christmas Party. I haven’t found the exchange yet.) However, as we head into fall, “School”, a.k.a “The Study”, gets closer and closer to it’s annual holiday usurpation — although it is possible that current morphing (such as changing the group’s name from “School” to “The Study) has the group skulking away from it’s annual tradition (cough).

However, at a some point the illustrious institution established an annual holiday bash. “School/The Study” pitched its party to us as “a gift to your teachers and sustainers”. The “youngest class” would be guided into greatness by members of the “older class” (those who “had been doing THE WORK longer”). The “older class” would do a boat load of prep — food prep for example — and cart it all off to NY to present to Queen Sharon (I think — those of you who experienced the older class Christmas party, please correct me if I’m wrong).

As far as I know, the Christmas Party was mostly a love-fest of self congratulation, however, one year this was not the case. Recently, the blog Seeing Into the Heart of Things, provided an inside look into the disaster known as The Christmas Class from Hell. Here is an excerpt:

The night of the party came and it was all a blur to me. It was the usual. Usually Sharon was outrageously late and a dinner that had been planned for 10 pm might not happen until 2 am. Everything was always at the whim of Sharon: when she arrived, what she did, what she ate and drank, who she brought with her from New York, what time she left, what she said (she frequently addressed the whole group)…

I remember that during the presentations, one of the younger students came over to me and said that she thought she had seen Sharon across the room complaining or unhappy about something. I told her that everything was going great and not to worry.

So, the class came and went and then we had the “impressions class” several days later…

First of all, I LOVE The Moth. Secondly, this story is hilarious and there are aspects of it that are reminiscent of a certain “secret esoteric school”, cough, “study”, i.e. “the study” … perhaps an eyelash more ridiculous … a little cult humor never hurts when one is breaking rules and researching “the invisible world” on the internet.

I hope you enjoy! Thanks, Patterson!