Considering the content of this blog, this quote was too good to pass up:

Through my bizarre journey into, through and out of a cult, I have concluded that our psyches are fragile. Most humans need soul food consisting of meaning and purpose; we need to feel effectual and we need connection to others. When we don’t have these ingredients, we feel incomplete; we seek them out and that search makes us vulnerable.

Isolation is one of the key components to cult indoctrination and ongoing tenure. I believe we are wired to connect. We need to laugh, cry, fight, make up, discuss, struggle and play together. A successful cult separates its cult-ees from the un-anointed as much as possible, while nurturing social dependence on the group.

Recently some of us were reconnecting via email and discussing the special “school”-sponsored brand of isolation. It categorizes humans into those who are in “school”, i.e. “doing the work” or not in “school”, i.e. “asleep”. It then imposes a double standard of scrupulous honesty within the hallowed halls, while employing “clever insincerity” on the others — after all “school” is meant to be the invisible world, protected by those omissions, or misrepresentations, or out right lies.

Needless to say, the longer my tenure, the more my primary social circle consisted of those “doing the work”. Our interactions were governed by “school” rules such as: no unnecessary talking; interact outside school only through voicemail — no organic and unmonitored conversation, no meeting for coffee just to chat; limit your discussion to ideas, school presentations and asking for “help”.

In concert “school”-specific “rules” began to shape and define my “un-schooled” relationships. The longer my tenure, the more “school” devoured my life. The more it devoured my life, the less common ground I had with those outside and the more I lied to “protect it”. You can see how attendees burn bridges and build walls between themselves and the “sleepwalking” masses.

What school’s “younger students” don’t know is that “school” extends the “clever insincerity” policy to govern interactions between attendees. “Older students” and “teachers” employ it on recruitees and their less evolved charges from recruitment on, ad nauseum. A “school” invitation, is simply the beginning — one of many “school”-sanctioned lies; it generally begins with the question “How would you like to meet other like-minded people who discuss ideas?” and concludes with the caveat,  “…it is very important to not tell anyone about this…it’s private, just for you.”

From that point on, school employs a bullshit free-for-all! A free “five-week experiment”special — two nights a week, during which you join the anointed in Billerica, to discuss esoteric ideas that you “can’t find anywhere else”. Of course, Google Gurdjieff and ideas, publications and societies pop up on an endless font of websites, articles and books, etc. But “school” omitted Gurdjieff’s name from its “teachings” and written material (literally redacting his name from an entire book, then photocopying the pages and bounding it into “The Black Book”) and many of us had no idea that “school’s” source material began with his work.

This is coupled with “school’s” non-fraternization policy — the requirement that “schooled” souls don’t acknowledge each other when in out “only life”. We were to be components of the invisible world; men and women who were “working on themselves”, approaching the day-to-day grind from above,  intersecting the horizontal world with the vertical world (imagine, if you will, the symbolism of the cross) and spreading the gospel through our fine vibrations without revealing ourselves as wingless angels and certainly never talking to those who deserted the ranks.

As time progresses, “school” insinuations morph into “there are people out in life vying to bring the institution down” further feeding the us verses them ideology. Its deceit continues to proliferate exponentially over time — lies require more secrets; more secrets require more lies and on and on and on. It is a simple equation really: the longer your tenure, the more lies “school” feeds you and the more lies you tell — ever widening the gulf between you and the un-“schooled”.

Inevitably, the un-“schooled” confront the “schooled” and then “school” — predictably — paints those who confront as “school” saboteurs. My husband confronted me and I turned to “teachers” for “help”. “School’s” response —“tell your husband to mind his own business”— provided a rude awakening: my insignificant and annoying little marriage (along with my shrinking bank account and tenuous mental health) were inconveniences to “school’s” illustrious and mysterious aim (more real estate for Sharon). “School” was pushing me to choose between it and my marriage. I told Robert that if I stayed in “school”, I would lose my marriage. His response revealed my  “only life things” as insignificant; “It’s a terrible thing your husband has done to you,” he said. Yes indeed, a terrible thing — my husband told me his concerns over my crippling depression, school-related waning self-confidence and our dwindling finances. My husband decided to do some online research and found damning information about “school” which he shared with me — what a monster.

Up until that point, I had been employing the required “clever insincerity” as much as I felt necessary. I wasn’t a model student by any stretch; I was certainly not the most clever of “school’s” insincere — I’ve always been more of a heart-on-my-sleeve kind of gal, so I’m considerably more clever when sincere. Also I had my own creative definition of when to use “clever insincerity” — my personal model often didn’t align with “school’s” prescription.

That said, the longer my tenure, the more I justified the need to “protect school” and the more lies I told. Suddenly, I woke up to the fact that “clever insincerity” had separated me from the un-“schooled” as a superior human — a woman “working on myself”; a woman “awakening”. I recognized this superiority — beings who are ” in the world, but not of it” —  as its own clever insincerity. We were people with “magnetic center” — not everyone has magnetic center, school told us; in fact, most don’t. “Hmm,” I said to myself, “Maybe I need to re-join the un-magnetic human race.”

Leaving was fucking lonely. I’ve never felt so alone before or since. Even when my father died I stood beside him with my family. Usually a stoic and heady bunch, we joined hands and said goodbye together, watching the breath literally leave his body. But leaving “school” came only with insomnia jolting me out of bed at sunrise and sending my feet to walk a nearby park. Watching the sun climb over the trees illuminated the psychic and emotional gulf between myself and those I love; it opened up before me in a clear, blue morning sky: I saw myself with no one to talk to and no where to turn except upward to consult with the powers beyond me and inward to consult my heart.

Solitude forced me to face the truth: I was addicted to “school” and prolonging my tenure out of fear. “School’s” benefits had long since petered out; yet, I believed I needed it. My tenure had morphed into emotional dependence ruled by my sense of helplessness, my inability to make simple decisions without “teachers” to “instruct” me, as I was less and less able to trust my own thoughts, perceptions and emotions. The more “help” I needed, the more license “school” had to increase its demands and, in concert, eat away at my “un-schooled” relationships. The more I owed to “school” and its mysterious aim, the less I had to share with the masses. My efforts to evolve vis-a-vis “school” reduced me into a woman that dismissed and hurt my husband and lied to almost every important person in my life. Of course, along with it came an increasing discomfort — my inner rebels who kept asking, “Ummm, what the fuck are you doing?” I didn’t trust them and tried to dismiss them; thank God they persisted.

When I left school, I was suddenly free from “school”-sponsored restrictions, sleep deprivation and the shackles of constant and ever-growing “school” demands. But for roughly the first month, I was still “honoring” the non-fraternization policy.But the inconsistencies, the lies I had told and the things I’d done in service to “school” that I didn’t believe in started nagging at me and playing out like movies in my mind. I saw how, like any good addict, I had become increasingly more willing to do things that felt seedy, deceitful and wrong.

The more I saw, the more I felt the shame and embarrassment that comes with realizing you’ve been led down the primrose path and bullied right into a pile of bullshit. Shame is its own prison; it waltzes with secrecy dancing you into further isolation. I began to feel like a madwoman. I broke the isolation out of shear desperation — I couldn’t bear this lonely dance and from this decision came two of the most important components of my healing: reaching out to the “dangerous and disgruntled ex-students” and eventually revealing “school’s” secrets by writing and posting this blog.

I can honestly say I have no regrets about leaving “school”. I now have no regrets about stumbling into it either — for it pushed me up against this question: how do I want to live? And I had to decide whether I wanted to follow my internal compass or continue seeking guidance and approval from external sources. And I now thank God that I “broke the rules” and shared my story on the world wide web. I have heard from many people all of whom were hurt by the illustrious institution. Secrets and isolation are “school’s” cancer. Telling the truth truly did set me free and reconnecting to my cohorts has been a critical component to understanding and recovering from this experience.

Several of us disgruntled now break “the rules” on a regular basis and this brings me back to the initial email conversation. Some of my former “classmates” made the brave choice to leave while still in their magical and amazing years. They were starting to see their tenures start to veer down a path that didn’t look quite as rosy and chose to trust that instinct.  However, their choice to stay or go was not as clear cut as mine, and the resulting isolation messier and more painful.  Not only that, the un-schooled spouses have experienced a different brand of “school”-sponsored isolation. I believe its important to know about their experiences and  I have asked some of my co-horts to write guest posts and hope to create a series about isolation and the shrapnel it leaves in its wake. I hope you find it helpful.

In the meantime, break the rules! 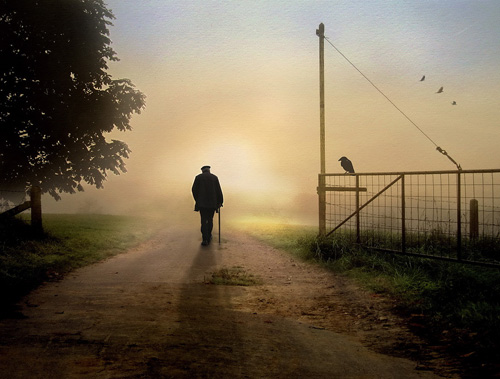 I am posting a link to this article, 40 Regrets You Don’t Want to Have in 40 Years at the request of one of the “disgruntled”.

As a “school” survivor I found these points most relevant:

5) Ignoring my intuition for too long.
7) Letting others talk me out of my dreams.
15) Putting my own needs and happiness on the back burner.
18) Letting someone walk all over me, ad infinitum.

Truthfully these are pitfalls anyone could bumble into, not only those of us who bumbled into a cult.

I now work with Alzheimer’s patients and there is no more poignant reminder that life is short and fragile. My patients were once lawyers, rocket scientists, dancers, doctors, professional artists and more. They raised families, forged careers, some escaped the holocaust. Today they can’t tie their own shoes.

If you are able to read this blog, you are still able to bring meaning to your life, in your way.

In case you were wondering how invisible “school” really is, I wanted to share this Time Out article from 2006. It doled out “Kool-Aid Potential” ratings for the Big Apple’s “fringy organizations and secret societies”.  Time Out awarded “School”  — or as it was known back then The Odyssey Study Group — only one glass – fairly benign. They must have been disappointed. I hope it makes you laugh: