If you can defend ripping kids from parents, you are in a cult.

In May, 2017, I posted this: Gaslight, USA! Today’s Trouncing –Your  Healthcare.

In the post, I quoted cultic studies guru, Robert J Lifton: cults see themselves as “ … agents ‘chosen’ to carry out the ‘mystical imperative’… which must supersede all  decency or immediate human welfare. Similarly, any thought or action which questions the motives of the higher purpose is considered … backward, selfish and petty in the face of the great overriding mission.”

Today, the Daily KOS posted this: Trumpism is a Cult. You may be interested in reading it. I suspect it will ring familiar.

… the group with no name… morphed, again?

This sincere thank you is a bit belated, but I want to acknowledge you for making my Cult Confessions CD release party at The Burren a fabulous night! Who knew that cults could be so much fun! 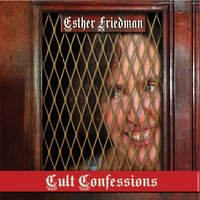 If you weren’t able to attend, but want the album, you can purchase it HERE.  CD Baby is distributing it both as a digital download and the physical CD.

If you contributed to the Indigogo campaign, I’ll be sending you your swag in the next couple of weeks! I promise, I haven’t forgotten those of you who signed up for The Neurotology Special, or The Exclusive Inner Circle … you may have forgotten, but I have not.

There’s more anti-cult campaign to come, especially now that our White House is bursting with Trump sycophants and our president is, himself, a sycophant of his daddy, Vladdy Putin. Who knew I’d be trotting all this out at the same time the Republican Party morphed into an all out Trump cult. Sad.

But I will stop my rant — for now — have to get ready for work. Thanks, again and I’ll be back soon!

Want to join us tomorrow, but live far away? The Burren has concert window! Watch us from the comfort of your couch: https://www.concertwindow.com/burrenbackroomseries

Thanks for reading the blog and supporting the cause! 🙂

Hope you can join us! Tables are filling up.
Coupon code 24HOUR gets you a discount for online sales! Buy tickets HERE.

Once I heard International Cultic Studies Association’s Executive Director, Micheal Langone, call social parasites and scavengers like “school” evil posing as good. He was presenting at a conference on spiritual abuse. I was struck by his succinct elegance.

Today’s best example of evil posing as good has to be a fucked up group called Nxivm, headed up by a sociopath named Keith Raniere. He was recently arrested and charged with sex trafficking and racketeering. If you want to understand the worst of the worst you can read this New York Times article about the damage perpetrated by Nxivm: The ‘Sex Cult’ That Preached Empowerment.

A number of ex-“school”-mates and readers have brought both this group and this article to my attention, asking me to post about it. I am quite fortunate that my misadventure was silly in comparison. School inflicted its share of damage, for sure, but just enough for me to wake up and get the fuck out, so I could recover, vowing, never again: cult lite, as my dear friend, and ex-classmate, 007, like to call it. But I’m trotting out my little tale, in part, to expose the deception and the damage it inflicts and groups that do far worse.

One of the ex-Nxivm members interviewed in the article –who was led into a ritual by other members who neglected to tell her that she was about to get branded … yes, branded — said … ” … Nothing was what we thought it was.” That’s right. All cults trot out some bullshit because no one joins cults. They are always the antithesis of what they claim to be.

Here’s another tidbit from the article: “Breaking down identity was only the first part of Nxivm — replacing your identity with another, or ‘replacing data with data’, in Nxivm speak, was the second part. As Nxians erased their fears, they began doing what they truly wanted to do with their lives (or perhaps what Raniere or high-ranked members wanted them to do)…” My bets are on the latter.