This post is the third installment plugging my “school” days into Steve Hassan’s BITE model, as outlined in his anti-cult book, Freedom of Mind. 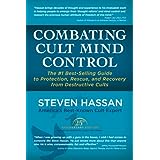 Hassan writes, “Cult language is totalistic and therefore condenses complex situations, labels them and reduces them to cult cliches …”

“School’s” loaded language/vocabulary sprout from the following top–secret-but-not-really concepts: (please insert booming & arrogant voice here) “as we are, we don’t know ourselves“; “man is asleep“; “we are not unified beings, but multiplicities“ “we are here to REMEMBER OURSELVES“.

These ideas come from the studies of the neither-mysterious-nor-elusive-but-oddly-never-mentioned G.I. Gurdjieff, a 20th century Armenian philosopher, whose work was quite popular back the groovy 70s.

Self-Remembering! is where “school” kicks off. “We Are Here to REMEMBER OURSELVES!” Ah, so exclusive and magical! No one could define it. We needed to experiment! with “school” assignments in order to “… have our own experiences of self remembering!”. Approach THE WORK, “school” instructed us, with a “healthy skepticism and a nickel’s worth of trust.” (“school” neglected to mention its hidden interest rate).

The assignments appeared harmless enough. We began by recording “self observations” of our “3 centers”, a.k.a. “3 brains” — moving, intellectual, emotional. Throughout the day & night we were to write in little notebooks in this format: As a function of the [MOVING/INTELLECTUAL/EMOTIONAL CENTER] I observe [RECORD thought/feeling/action] when [DESCRIBE CONTEXT].

Funny thing … through “self observation”, I started feeling as though I could separate and free myself from my less-than-stellar thoughts and feelings … they could be seen as “functions”, not my identity. It was amazing! Sometimes my “observations” were very funny! Sometimes I felt as though I were writing a play, all the world’s a stage (ah, Shakespeare!) I enjoyed this experiment, at first. It was magic!

In my excitement, I kinda missed that these “experiments” parsed out, flattened, & categorized my essential identity. I accepted its deconstruction of my inner world — my thoughts, psychology and emotions as necessary soul manufacturing enlightenment tools. How could they possibly be destructive? My benevolent “school” of enlightenment would never intentionally hurt me … would it?

When one is in “school” long enough this parsing out –in particular the idea of Multiplicity — morphs into a convenient method of deflecting legitimate questions, shaming resistance to demands, and silencing criticism.

“Teachers” start responding to concerns such as, “Where does our tuition money go?” with the following convoluted and pat phrases: “which I is speaking”? Or broken down more, “which set of I(s) are speaking? Perhaps you are in a Lazy-set-of-I(s). I(s) that don’t want to do The Work. I(s) that are like JUDAS, trying to destroy the finer vibrations your are cultivating, by blindly following instruction. For If you want to construct a soul, you must do what  ‘it’ does not want to do.”

Note the answer-these-questions-with-non-answer strategy, because non-answers and character attacks slowly increase in prevalence in concert with the length of your tenure, as does the deconstruction and parsing out of one’s psychology. Please also note the dehumanizing application of the word “it”.

Hassan writes that totalistic cults pitch a doctrine that divides the world into either black or white, good or bad, us vs. them: “All that is good is embodied in the leader and the group. All that is bad is on the outside. The doctrine claims to answer all questions to all problems and situations. Members need not think for themselves because the doctrine does the thinking for them …” Cliches and exclusive vocabulary construct invisible walls between members and non-members. “The language helps to make members feel special and separates them from the general public.”

“School” isolation tactics slowly heat to a boil, saturating “students” in illustrious indoctrination over time. For roughly two years, I “experimented” with the above-mentioned “secret” ideas, doing what “school” called “first line of work – work on the self”. We were scientist – observing human nature! I was rising above myself and my life, watching, listening and recording observations. A sense of superiority simmered, bubbling through “school”: we are men and women who are “working on ourselves!”, “awakening!”, doing “THE WORK!” – blah, blah, blah, unlike the “others”.

This superiority became increasingly apparent as my tenure ticked past. At times I pitied those who “weren’t in ‘school'”. They didn’t have “the help” (cough) that I had. According to “school”, those of us in were attracted to the work by our “MAGNETIC CENTER”. Not everyone has MAGNETIC CENTER!

Conveniently, it also solidified “school’s” cultish hierarchy. “Teachers” have been “doing THE WORK! longer” and float above the rest of us. “Teachers” provided “second line of work  – work for others” through “help” for inferior beings. Robert was clearly the top dog and his “help” was the end all be all, not to be questioned! “Older students” &  “sustainers” were superior to the “younger class” (obviously) and the “youngest class” –the newbies– were almost hopeless.

The newbie “class” met separately for a time (for the 5-8 week experiment, depending), mainly with Robert (guess he had to suss them out, while he spun his magic). After dismissing newbies for the night, Robert would often come to the “older class” and complain about them. The poor dear, he would get so exhausted, trying to impart wisdom to those who were still so coarse in their vibrations. He would gaze at us adoringly and tell us what a relief it was to be around those who were “working on themselves”.  He would proudly remind us how far we’d come! Of course, even those almost-hopeless newbies were superior to the “unschooled”, the sleepwalking masses — those “NOT DOING THE WORK”. At least they had MAGNETIC CENTER!

It’s convenient for “school” –and all cults– to spin the “others” as inferior, coarse humans, because eventually “others” will  express concern about this weird group. Students begin to experience the coveted “school” “friction”, pitched by the group as “necessary for one’s arising”. When friends and family complain about the secret group that requires bi-weekly attendance, a “student’s” odd behavior, flat affect, change in personality, etc, and decreasing availability to (cough) “only life things”, “students” turn to the more highly evolved — “teachers” — for “Help”. Over time “help” morphs into pat phrases, that are applied to every single “student”, regardless of personality, or personal circumstance. Given enough time, personal won’t factor in to cult cog evolution. Perhaps the following pat phrases sound familiar to some of you:

“what do you wish for?”
“what is your AIM?”
“What does your husband/wife want? Find out and give it to him/her.”
“Your [husband/wife/friend/sibling/partner] is jealous that you are doing what you love!”
“Tell [him/her] that it’s none of [his/her] business.”

This “help” all leads to the heartwarming “When you’re working on yourself, any man or woman will do.” You can imagine what this “help” does to an  un-“schooled” marriage. Given a long enough tenure, “others” become obstacles to your “self remembering”. “Others” inconvenience the higher “aim”.  If they aren’t grateful for your non-presence and illustrious “efforts” and the accompanying neglect of family and friends, they are jealous and “don’t understand.” Oh, by the way, many  of the “older students” are secretly married to each other, or had been and are now divorced … read the School & Marriages post, for more info on that.

Cult vocabulary, Hassan writes,  ” …  also serves to confuse newcomers, who want to understand what members are talking about. The newbies think they merely have to study harder in order to understand the truth, which they believe is precisely expressed in this new language. In reality, though, loaded language helps them learn how to not think, or understand. They learn that ‘understanding’ means accepting and believing.”

Loaded language, plus growing demands, plus increasing “friction” and growing conflict between the “student” and his/her “unschooled” friends and family, leads to a kind of “school”-propagated disorientation. “School” starts to pin the inevitable problems between the “schooled” and the “un-schooled” on the “student” – pat phrases like, “maybe you are putting out coarse vibrations”, “maybe you aren’t trying hard enough”, “are you sure that your perceptions are accurate?”, “which set of Is are speaking right now?” ring through the hallowed halls.

“Students”, of course, believing in the magic and the hierarchy, start thinking …” if only I tried harder, if my vibrations were fine enough”, “only-life” family & friends would be perfectly happy –elated even– about my soul-manufacturing efforts.”

If I got paid a dollar every time I heard an ex-cult members say “I thought I wasn’t trying hard enough. I believed I was failing”, I could probably earn back the $20,000 “school” bilked me out of when I was in my cult coma.

Cinching the deal, Hassan writes that “In order to be a good member, a person must learn to manipulate their own thought process … Thought stopping is the most direct way to short-circuit a person’s ability to test reality. Indeed if people are able to think only positive thoughts about their involvement with the group, they are most certainly stuck. Since the doctrine is perfect and the leader is perfect, any problem that crops up is assumed to be the fault of the individual member. They learn to blame themselves and simply work harder.”

All of this leads to my fav! “School’s” thought stopping and emotional constipation practice: “The Non-Expression of Negative Emotions”! Hurray, now I’m really evolving —  at the right time “school” requires its doobies to “non-express” both externally & internally. We few were, we proud (cough) were to refrain from voicing “complaints”, “criticisms”, “anger”, etc and we were to monitor our facial expressions and keep them from taking on a dark shadow, and our body language to ensure we weren’t communicating hostility, or taking on protective postures. “School” said that “non-expression” was “not suppression”. But none of the “highly-evolved” could, in fact, tell us what it was (if not suppression), or how to “not express” without suppressing.  I’m lucky that my inner rebels never let my starry-eyed believers completely buy into this exercise of self-induced insanity.

“School” needs cogs to distrust themselves; for certain illustrious abusive tactics start to surface when “school” has boiled you in doctrine oil for the correct amount of time. When top dogs deem “younger students” as ready, they graduate into the “older class”. At that point, a good cult cog justifies the group’s increasing dismissal of outside family, friends, interests, passions, job, insignificant “only-life things”. For all things “un-schooled” do not contribute to your inner development! Only with “school’s” “help” will you cultivate a soul – cult-ivate being the operative word.

Once you’re in that psychological state, the group has taken your psyche hostage. Hassan writes that cults members “… become quite mechanical, because the person becomes programmed … when thought is controlled, feelings and behaviors are usually controlled, as well.”

In “school” you are thus prepared for: “third line of work”  … one must contribute to the group’s elusive higher purpose, if one really wants a soul! We are climbing a ladder to heaven together; each soldier must continue the journey, rung by rung … when one stops climbing all are affected/effected. Those who fall off the ladder endanger the group! hurt essence friends and leadership, let down God!

… They no longer have time for such trivial pursuits now.